The project I created is titled Maya Island. It represents a lost island that was discovered and cultivated by humans long ago. A large pyramid with a temple on the highest platform and a small temple on the side of the pyramid were built on it. 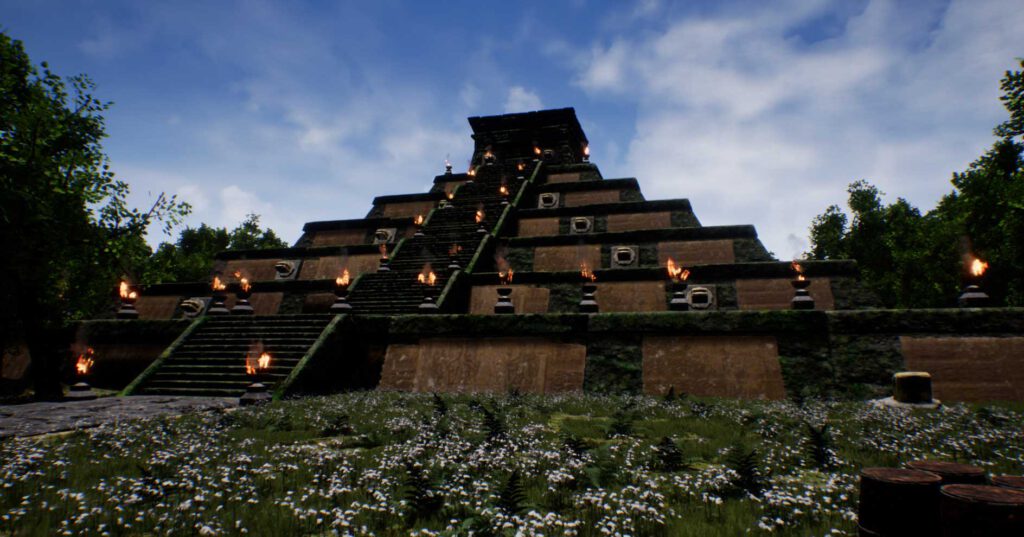 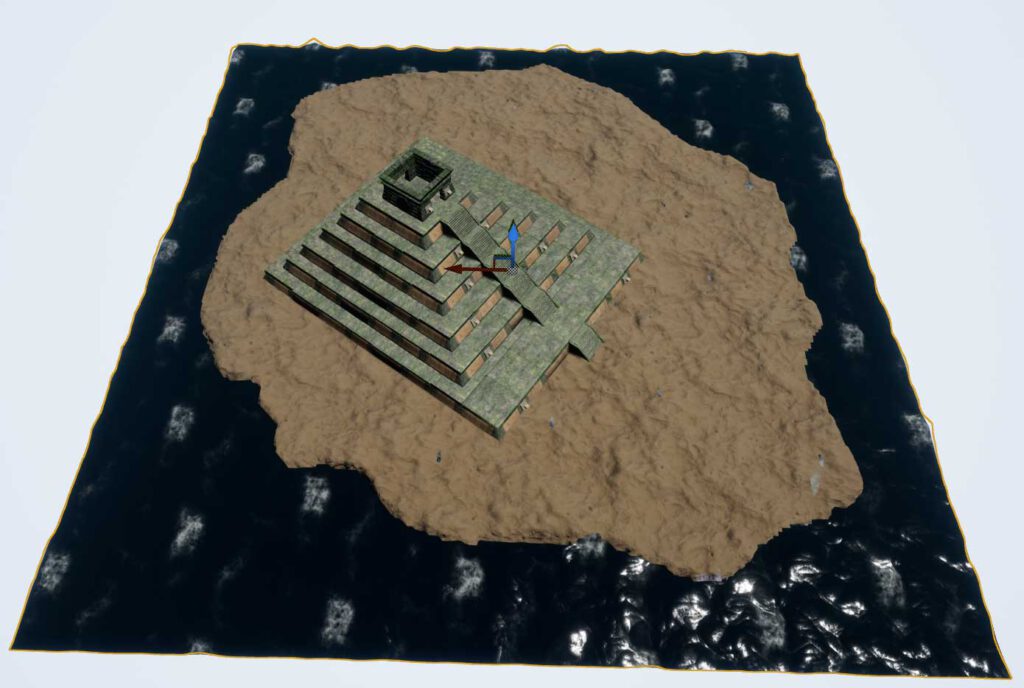 The island consists of several sections, so there is one
Beach where people can moor. From here a path leads to the interior of the island, where the pyramid stands in a dense forest.

The player follows a fixed path to the pyramid. The trees enclose the pyramid and thus represent a natural obstacle that the player cannot cross. There is also a day-night rhythm that takes ten minutes to complete one orbit around the sun. Furthermore, the player can move freely on the pyramid and go up the steps to the small temple. 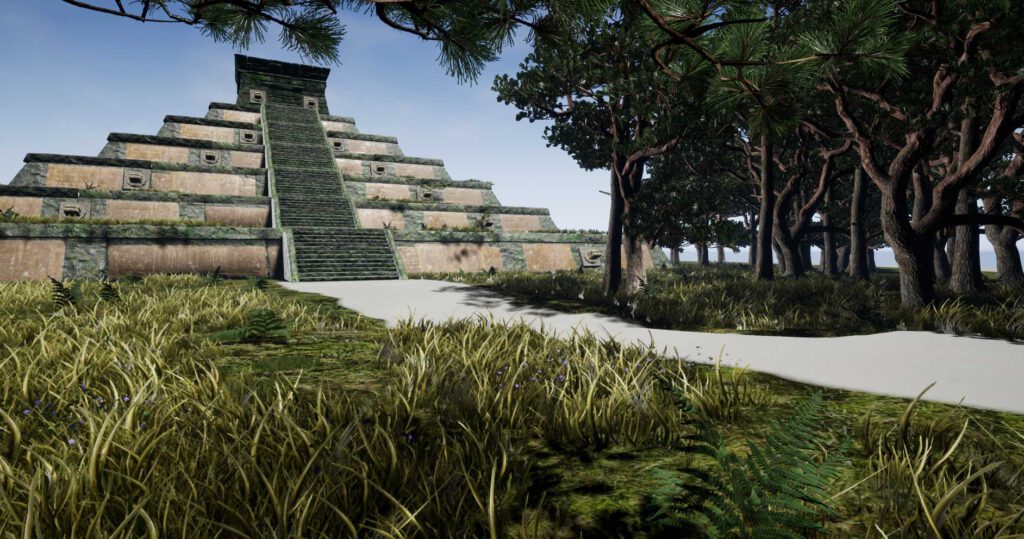 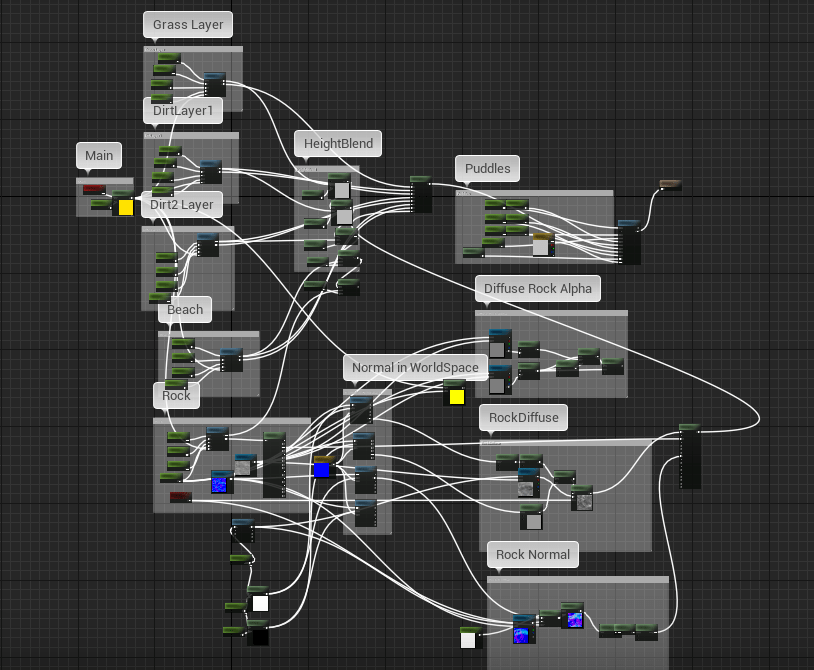 A landscape material was created using five different ground textures. The realization took place with the help of the nodes of the Unreal Engine. An instance was created for the landscape material and this can be set using the parameters in the original material. Roughness, specular and tiling settings are possible for each layer. Another material function makes it possible to adjust the textures via a level of detail. Thus, the sharpness of the respective layer becomes sharper or blurrier on closer inspection.